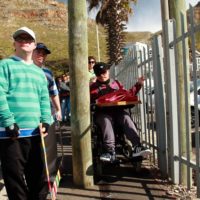 Megan Cross and Kevin Rack of MID are on a mission! There’s a lot of building and maintenance going on in and around Muizenberg – improvements (which is nice) or fixes (which are needed) – but the big question is “are these improvements compliant with building regulations – are they UNIVERSALLY ACCESSIBLE?”

And this is not a frivolous or bureaucratic question: it directly affects our disabled community, the elderly and parents using strollers/prams for their infants and toddlers. For some, if not most of the aforementioned, it’s literally the difference between “Can I make it down to the beachfront (or library, or supermarket) – or not?”

Recently, through Believe In Schatzi (BISO), Megan and Kevin took a walkabout in Muizenberg to see what it’s like to get around in a wheelchair, a walker or crutches. Would it be possible to get from A to B without assistance?

Says Kevin “This exercise is great for highlighting problem areas which the City needs to sort out, AND for creating awareness amongst the able-bodied community. So what we do is we put you in a wheelchair or hand you a walker/crutches and say: right – now see if you can go 100m, unaided, down to the library for example. People get hung up on a kerb that is not flush with the road, or they start going off course on a pavement that is cambered too steeply into the gutter, or they find their path is blocked by a badly placed street sign.” 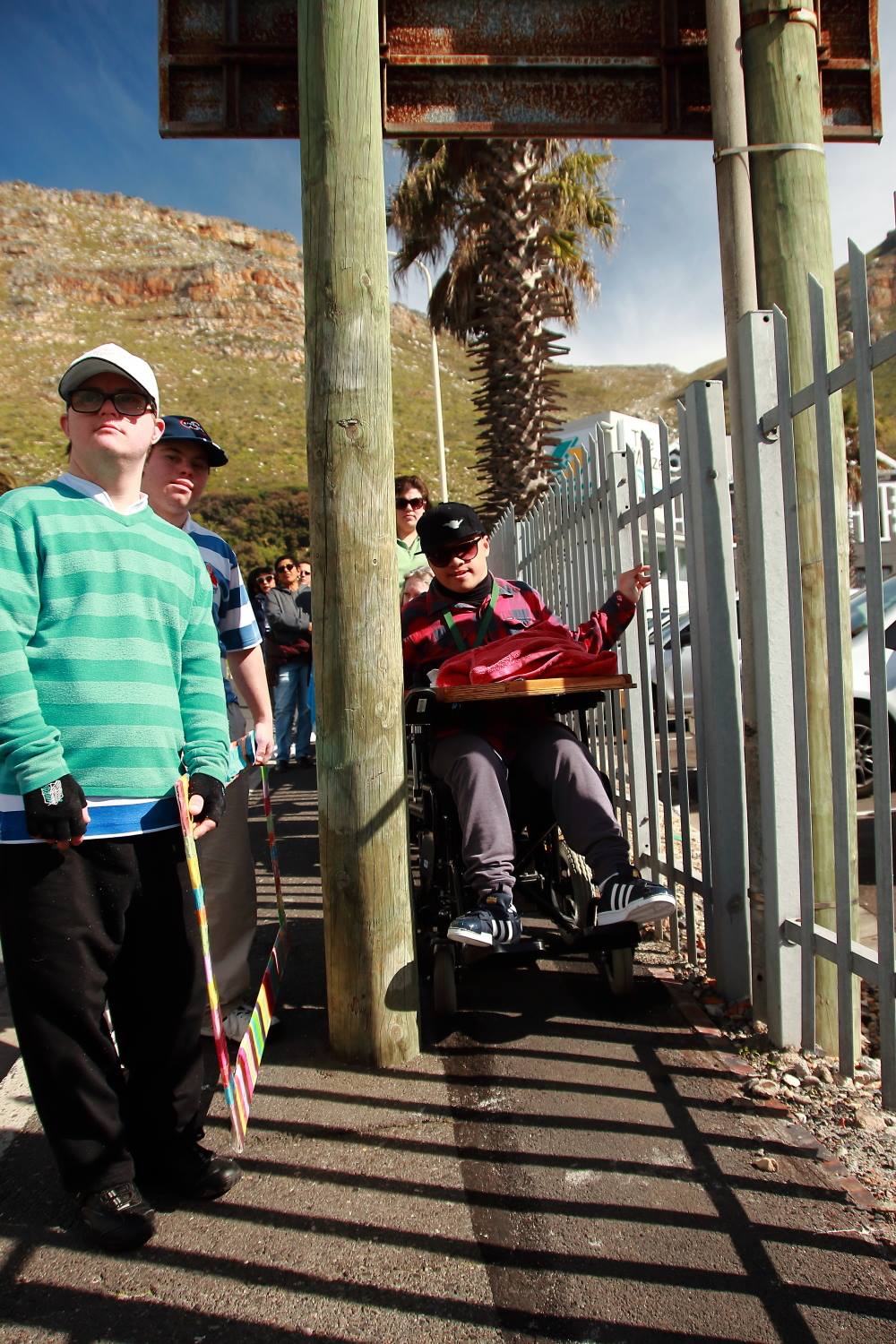 The first time Kevin tried this he was astonished – he says he simply hadn’t given a lot of thought to how these seemingly small issues can be so DISABLING.

The MID and BISO has actively been lobbying the City to both fix up old mistakes, and ensure that new infrastructure changes are done according to regulation and accessibility in mind.

Muizenberg is one of the most suitable beaches for the disabled community to surf, he says: “It doesn’t have riptides, it slopes very gradually – in fact it would be a really great venue for a world competition if we could sort out the access issues.”

Ensuring universally accessible infrastructure cost money so they don’t happen in a flash. The approach has been to help the City to prioritize key access routes like the pavements to Checkers, the library, to and from the old age home and so on. And at the same time to keep up the pressure to ensure new infrastructure projects are done right the first time.

Universal accessibility is also a key factors that will determine whether Muizenberg gets its Blue Flag status back in the future, so there is a lot of potential benefit for the community and the City.

In addition to this, Megan Cross and MID Manager, Chevone Petersen, recently attended the City’s Transport and Development Authority’s Spatial Development Framework Review (MSDF) Workshop. Keywords used during this workshop were Integrated, Intermodal and Interoperable, yet the fact remains that most public spaces and public transport (including transport interchanges) remain INACCESSIBLE to the disabled community.

One such example is the railway crossing at York Road in Muizenberg, where wheelchair and pram wheels get stuck between the railway line and the paving due to the big gaps, requiring assistance if disabled and resulting in parents needing to lift prams across the railway tracks. 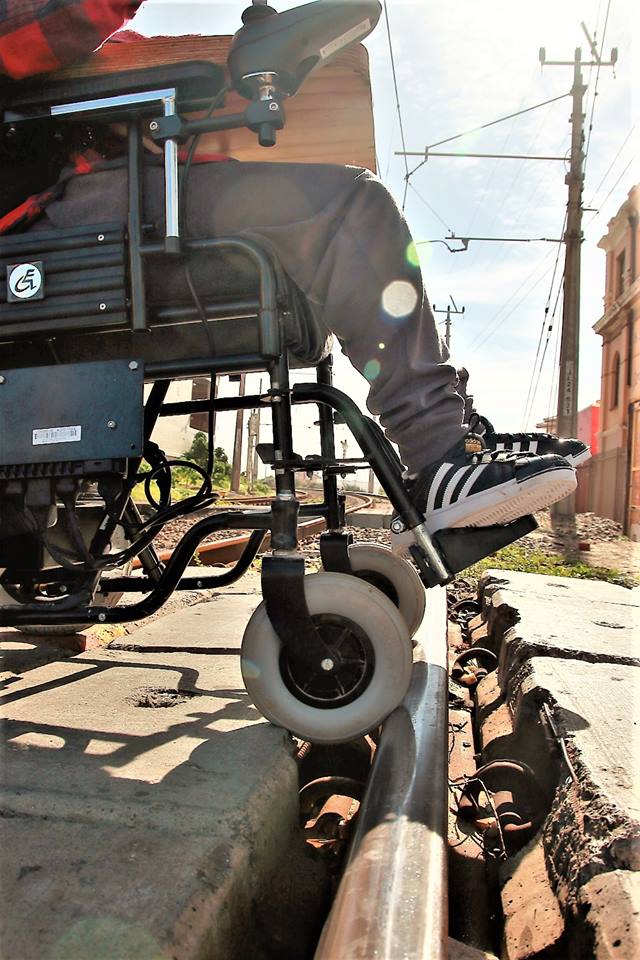 The MID is committed to working with BISO to ensure on-going engagement and lobbying for Universal Accessibility in the MID area.

It is also great to see the fruits of this advocacy work i.e. the beachfront now have ACCESIBLE toilets for the disabled, and for this we commend the City’s Sports and Recreation Department for their follow through on this.