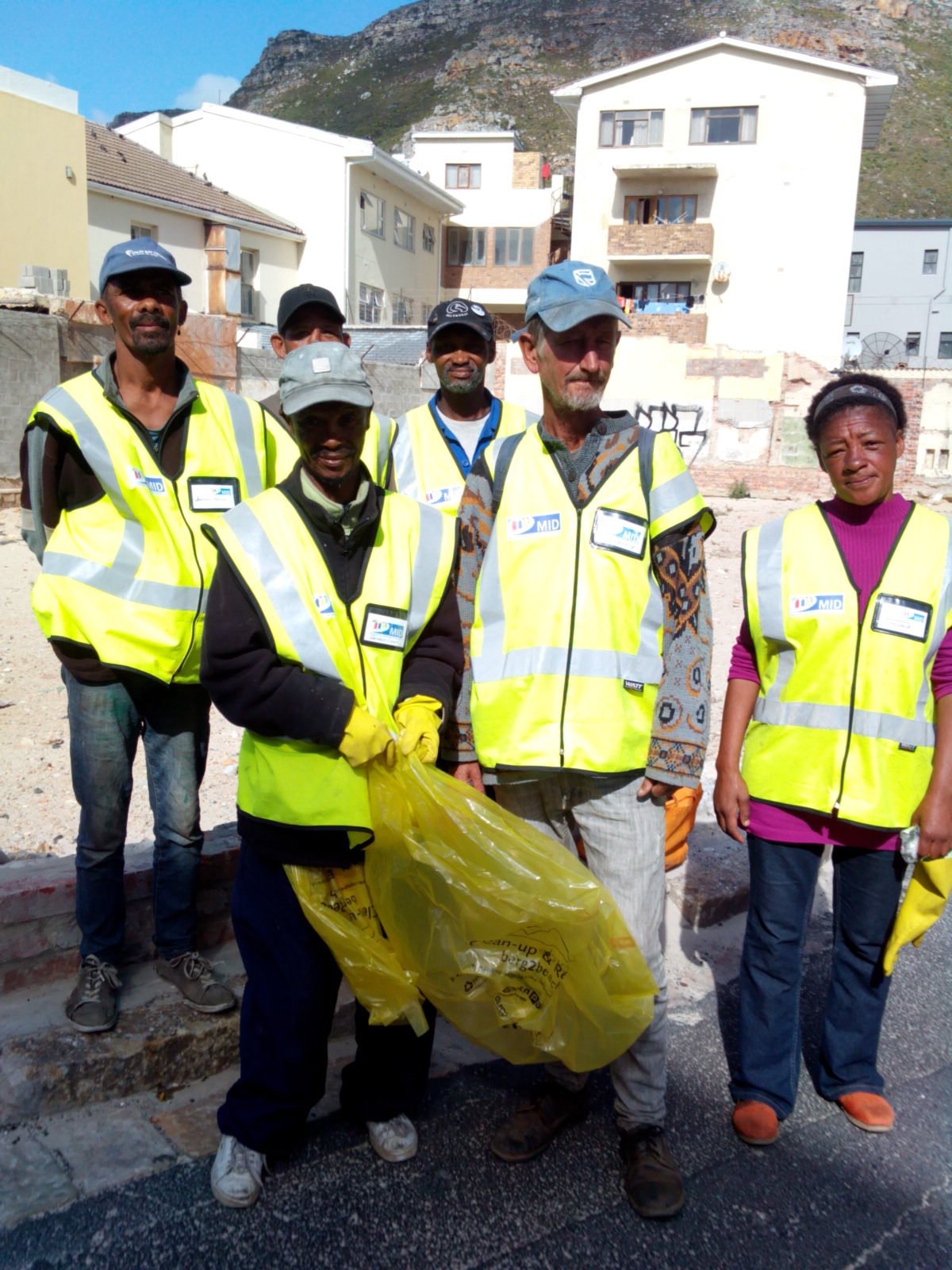 MID Director for Social Development, Marion Wagner mobilised 6 homeless people to participate in the week end Village clean-up which was prompted by complaints from MID members. Three community members were invited but no one turned up.

The team started the village clean at 07h30 and began clearing the vacant plot on the corner of Church & Alexander Road.7 of us took 30 minutes just to clear this as much rubbish was buried underneath the sand and we also covered up the dog mess.

The team have been informed that in future they cannot spend this amount of time on a single site and also any sites that are private. This was a once off. 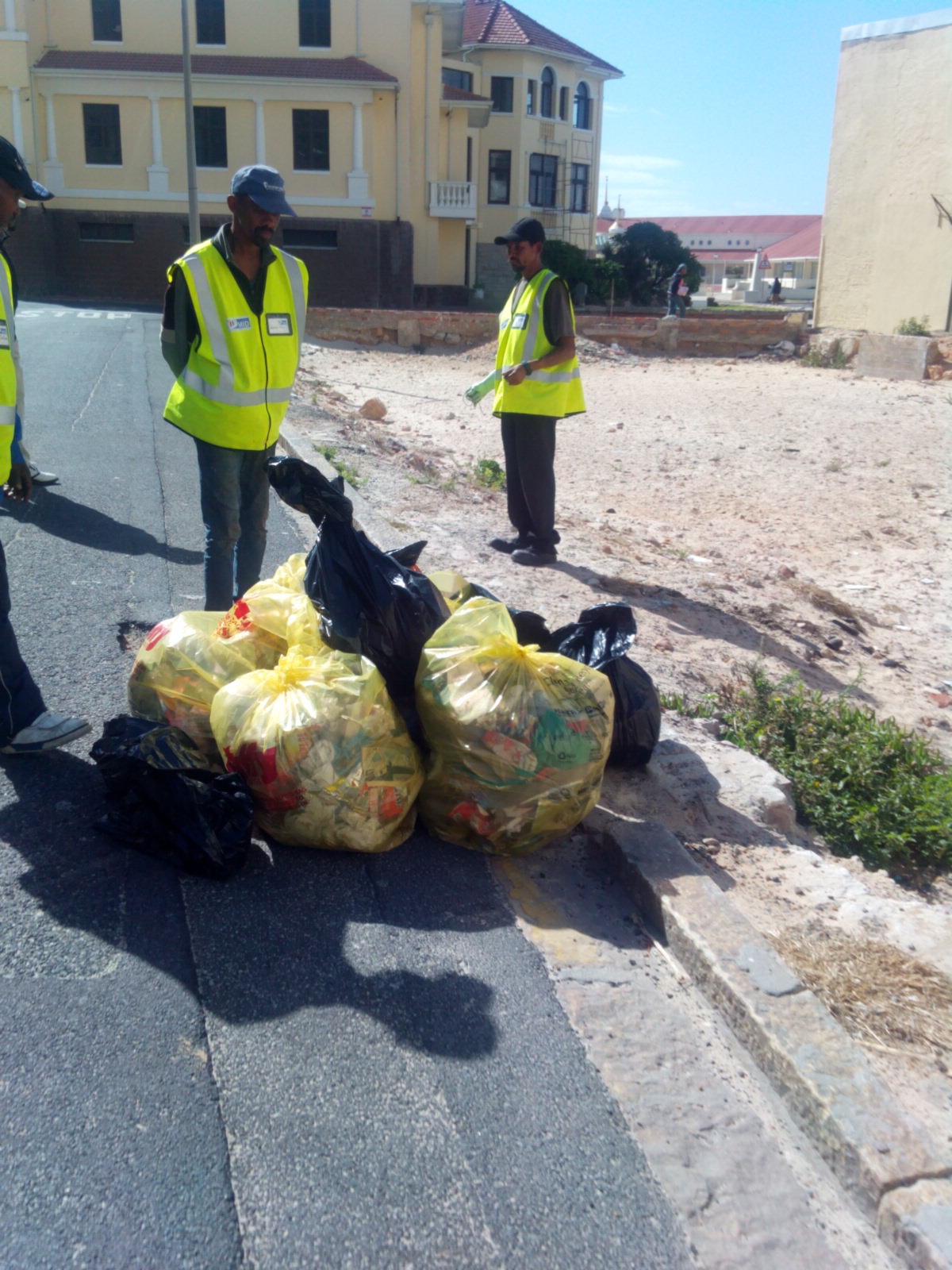 These were half the number of bags collected from just the Church street site – the team had already carried the other half to Atlantic Road.

Next work started on clearing the drains. We tried to reach through to collect the rubbish but this proved too difficult so it meant lifting each and every drain all along Church Road. I can tell you that they weigh a ton!It then came to the part of reaching into the smelly mess to get the rubbish out so a step to a loss of all dignity!These drains are alive with roaches and all sorts of other bugs and caused some hillarity at my concern about them running all over me! The team soon followed the lead and every drain was cleaned out.

Next we walked up Palmer Rd and recorded and reported the issues above. We then cleared the road along the railway line in Milner Road, went down Rhodesia and Main Road before letting the team step down after 4 hours of hard work.

The Muizenberg Improvement District [MID] is a geographic area where property owners have contracted to pay a levy to facilitate a joint effort by the City of Cape Town and the local community to ensure more effective management of public areas and promote economic growth and sustainable development.